It takes something very “special” for a Japanese to live overseas. But what if you were able to gain a tiny bit of knowledge?
What if you were able to gain an insight into the differences between the United States and Japan?
Then surely studying, working, and living abroad can become more of a norm.
WithYou was conceptualized to offer people that very bit of knowledge. 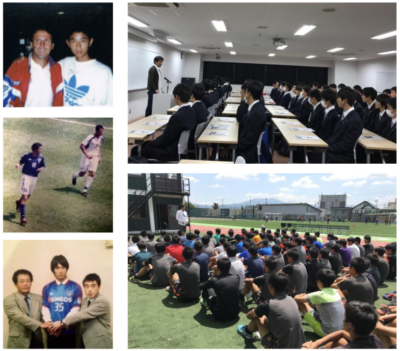 A company founded by Ryo Nakamura and Akika Nishimura, offer a tailored experience for Japanese Student Athletes seeking opportunities to study abroad while incorporating their athletic abilities as a gateway into finding success abroad. With the company in only its third year of existence, has placed over 500 students into colleges and universities all across the United States. With over 150 of those 500 students studying abroad as Student Athletes, the company has made tremendous progress in a short span of time. We believe our success flourished as a result of our relentless commitment to our “Kids” and ensuring their success by always keeping their needs as our priority.

Some of our notable players in the past include 2018 NJCAA Division 1 National Champion and MVP Hugo Kametani and NJCAA Second Team All-American Ryosuke Kinoshita.

Hugo Kametani came to WithYou 2 years ago with a dream of becoming a professional player. Now finishing up his second year at Pima Tucson, AZ) he has shown tremendous potential scoring 30 goals last season, one of which was the game winner in the National Championship game.

Ryosuke Kinoshita began his collegiate career at Marshalltown Community College where he recorded a school record 41 goals over his two seasons. He received Iowa Community College Athletic Conference First Team All-Conference Honors in 2017 after scoring 23 goals and currently plays for University of Louisville where he finished up his Junior Season. He was named the MVP of the PDL 2018 with a record of 17 goals and three assists in 14 games over 1,211 minutes this past season.

During middle school, Ryo studied abroad and played soccer in Brazil. It was here where he realized his dream of becoming a professional soccer player.

After graduating college and joining FC Tokyo he was able to make his dream a reality. Shortly after his career as a professional athlete, he ventured into various career paths including entertainment, teaching, and even returned abroad to further study English.

In 2003, Ryo attended the Universiade in Daegu, Korea as the Japan national representative and helped plan and structure the future of world sport among the international’s top sports advocates. Driven by his passion, he created a business aimed at helping people who hold the same dream he himself once did.

Over the last two years he has supported over 500 people achieve their dreams.

Let’s get it started.